What was once a city block of shot-gun style homes in early years of the city, is now a 1.55 acre park adjacent to S. Ellen Jones Grade School. Situated across Oak Street from the Cardinal Ritter Birthplace House at 13th Street, it extend to Culbertson Avenue and includes a walking path, playground, a covered shelter and plenty of green space.

Owned by the city of New Albany, the park had been established several decades earlier as part of a $1.5 million neighborhood upgrade project. Board member Letty Walter spearheaded the naming project by gathering the 50 signatures needed.  Board member Carl Malysz presented the petition request to the New Albany-Floyd County Parks Board.

To celebrate the importance of the adjacent Cardinal Ritter Birthplace initiative to the neighborhood, it was officially dedicated to the memory of Cardinal Ritter on August 16, 2009. A new sign was unveiled five years later on Saturday, July 26, 2014. 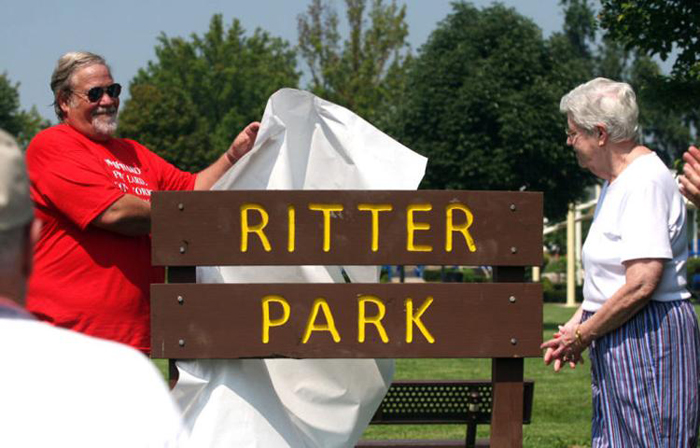