On March 14, 2013, the Cardinal Ritter Birthplace Foundation, Inc. launches its first Lecture and Irish Coffee event in the new community room of the Cardinal Ritter House. A full house of 100-plus visitors enjoyed both a cup of Irish coffee and a lecture by Dr. Timothy P. O’Mally, Director of the Notre Dame Center for Liturgy.

The driving forces behind the event have been then CRBF Board Vice-Chair Greg Sekula, and the Irish Coffee crew, CRBF Board members Mary Kay Wolford and Letty Walter, along with help from Carl Wolford.

The event was so well received that it continues to this day. Below are highlights from each of these events, beginning with the most recent

2020 (Eighth Annual LECTURE AND IRISH COFFEE was cancelled due to the COVID-19 Pendemic.

Most Reverend Charles Thompson, Archbishop of Indianapolis, was the featured speaker at this seventh annual Lecture and Irish Coffee event.

A stormy evening that included a Ritter House power failure did not leave the crowd of 100-pluse guests from enjoying an hour long dialogue with the mile-mannered Archbishop. 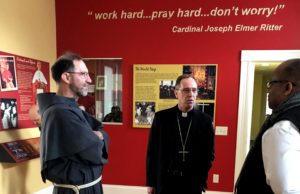 Cardinal Ritter Birthplace Foundation’s board of directors’ chairperson David Hock escorted Archbishop through the Ritter House, the museum room, and the upstairs room where Elmer Joseph Ritter was born in 1892. In the photo at left, Archbishop Thompon talks with Friar Mark Weaver, pastor of St. Mary of the Annunciation. Parish and guest Jerry Lewis Crawley.

Rev. Dr. Cynthia Campbell and Rev. Dr. David Gambrell were guest lecturers for our Sixth Annual Lecture and Irish Coffee event on March 15, 2018. Together they presented a program entitled “Toward the one Body of Christ: Roman Catholic-Reformed Dialogue in the United States.” 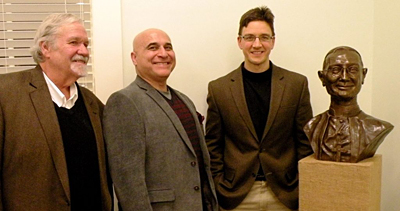 Mr. Kyle Kramer, Executive Director of the Passionist Earth and Spirit Center in Louisville, KY was our guest lecturer for our Fifth Annual Irish Coffee Lecture Series. He spoke on Pope Francis’ encyclical letter on the environment and climate change, Laudato si, and provided a framework for Christian ecological responsibility.

Cecilia A. Moore, Ph.D. Associate Professor of Religious Studies at the University of Dayton and Adjunct Professor for the Institute for Black Catholic Studies of Xavier University of Louisiana was our 2016 guest speaker. She spoke on the state of race in America today, and offered commentary on the Christian response to racial inequality and the Black Lives Matter Movement. She also provided insight on the relevance of Cardinal Ritter’s legacy of racial equality in the 21st century America.

The 2016 event provided an opportunity to showcase the clay model of Cardinal Ritter created by local sculptor Guy Tedesco. The work will be cast in bronze. It is but a prelude to a future expanded public art project featuring Cardinal Ritter to be erected on the lawn of the Cardinal Ritter House. (See BRONZE SCULPTURE for full story.)

Elizabeth Hinson-Hasty, Ph.D., Chair of the Department of Theology and Professor of Theology at Bellarmine University in Louisville, KY, presented a program on the life and work of American journalist, social activist, and Catholic convert, Dorothy Day, who co-established the Catholic Worker Movement in the U.S.A in the 1930s. Since the Catholic Church has opened the cause for Day’s canonization, she now has the title Servant of God. 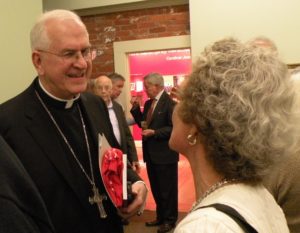 Building on the success of the 2013 Lecture and Irish Coffee event, Greg Sekula then invited the Most Reverend Joseph E. Kurtz, D.D., Archbishop of Louisville and President of the United States Conference of Catholic Bishops to be our guest speaker for this second-annual event. He spoke on the work of the U.S. Conference of Catholic Bishops, reflected on the papacy of Pope Francis, and addressed the role of Ecumenism in the Church that reflects the life-work of Joseph Cardinal Ritter. He graciously greeted the audience and was enthralled with the newly opened Museum room.

The Irish Coffee and reception table were again a big hit, thus assuring and 3rd annual event in 2015. 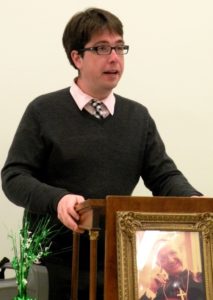 The event enjoyed attendance of 100-plus friends and supporters of the CGBF, and became the basis for staging a second such event in 2014.

Vice-Chair Greg Sekula secured the services of Dr. O’Malley and orchestrated the plans and logistics for staging such an event. Board members Mary Kay Wolford and Letty Walter (along with help from Mr. Carl Wolford) volunteered to volunteered to prepare and serve the Irish Coffee. 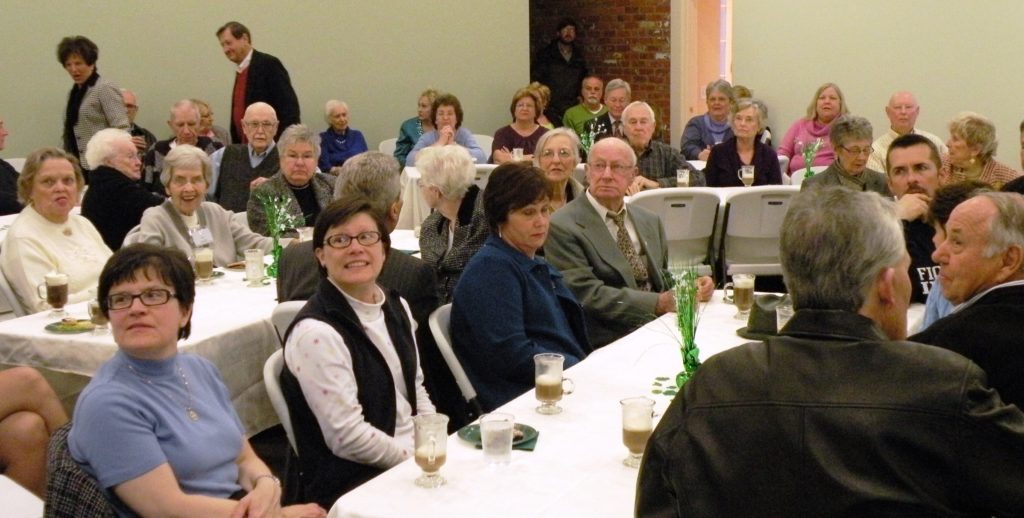