During the course of assessing the derelict childhood home of Joseph Cardinal Ritter, it was decided the brick enclosed space immediately behind the main house should be preserved to house a small museum in his honor. Originally it housed the ovens and preparation room that served the family’s storefront bakery business. It was subsequently transformed to showcase the life of the Cardinal. 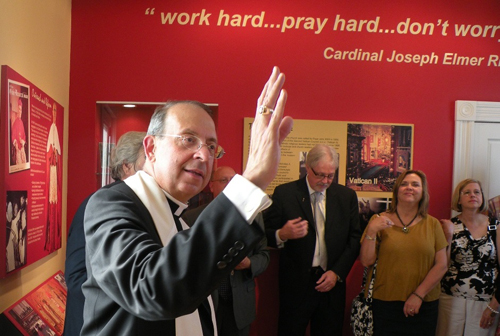 The Cardinal Ritter Museum and Rose Garden were the last major structural projects on the original master plan. New Albany native Archbishop William E. Lori of Baltimore, MD, blessed and dedicated the Museum on July 17, 2013. Following the dedication ceremony, the Archbishop, who is also the Supreme Chaplain of the Knights of Columbus, was honored by the local Knights of Columbus Cardinal Ritter Counsel #1221 at their clubhouse on Main Street.

The Museum features four large panels designed to outline and highlight the Cardinal’s lifespan and legacy. A bronze bust of the Cardinal, created by local sculptor Guy Tedesco, sits atop a pedestal to greet visitors. 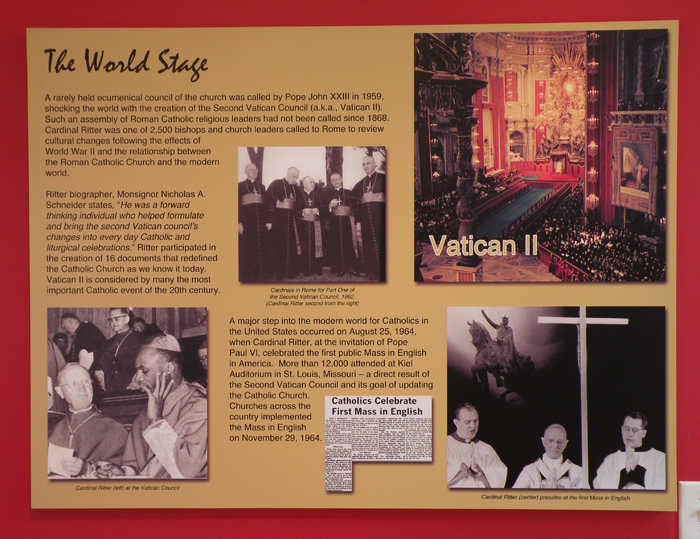